We are an experienced surfacing contractor with a strong reputation for quality. We pride ourselves on our friendly, professional attitude and high quality workmanship. We ensure that every project is delivered on time and in budget at your convenience.

As in all situations, prevention is better than cure. Treat all new asphalt surfacing with great care, particularly when the surface is warm. The most frequent causes of damage to newly laid asphalt surfaces are detailed below.

When asphalt / tarmac is first laid, the finished surface will have a glossy black appearance. Within several weeks, dependant upon use, the glossiness will fade as the surface is exposed to the elements. Within 6 months to a year the tarmac colouring will lighten to a dark grey as the binder near to the top of the tarmac surface is exposed to sunlight. The eventual colour of your newly laid tarmac surface, after this exposure, will be determined by the colour of the original aggregate used during the manufacturing process.

Once your new asphalt / tarmac surfacing is laid there may appear to be staining and or brown marks in areas once the rolling process has been completed. This staining is caused by the water used to prevent the roller from sticking to the new surface and will generally disappear after just a few days and does not effect the performance of the surface.

In damp or heavily shaded areas of driveways, walkways etc moss growth can take hold surprisingly quickly to help protect your new surface moss growth should be treated early before it takes hold. Treat affected areas with a suitable moss / algae killer as soon as possible. Most DIY stores will be able to advise of a suitable treatment for your individual requirements.

Newly laid tarmac is at greater risk to damage in its early life before the surface hardens over time. This risk is greater particularly in the Summer months when temperatures are at their highest. Damage can be caused by the use of ladders, standing vehicles such as caravans, motorbike stands etc. Although any damage can be repaired, often the repaired areas can be obvious and spoil the overall appearance of the surface. This damage can be avoided by the use of boards under ladder feet or caravan / bike stands.

The vast majority of of asphalts will soften when contaminated with oil, petrol, diesel, paraffin, creosote etc and the extent of the damage caused will be determined by the amount of contaminant spilled and how long it is left before being treated. It is advisable to immediately soak up any oil based spillage using sawdust, dry sand or absorbent paper and remove once the spillage has been absorbed. For small oil stains from vehicles brush the affected area using a soft broom and a soapy solution or non-solvent based cleaning agent. This will ensure that the oil can cause no long term damage to the structure of the asphalt but staining will remain. Remember to always act fast to avoid long term damage or heavy staining. 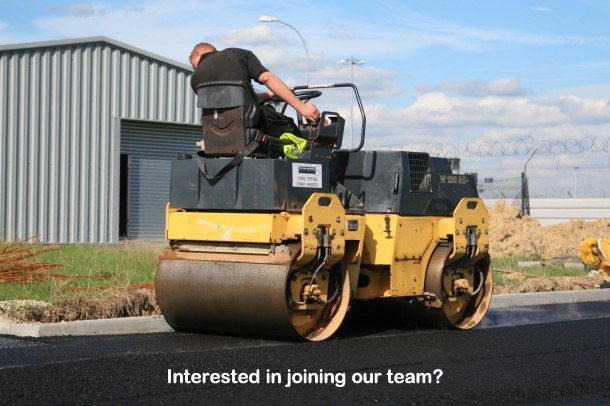